Each image may be purchased as a canvas print, framed print, metal print, and more! • Every purchase comes with a 30-day money-back guarantee. 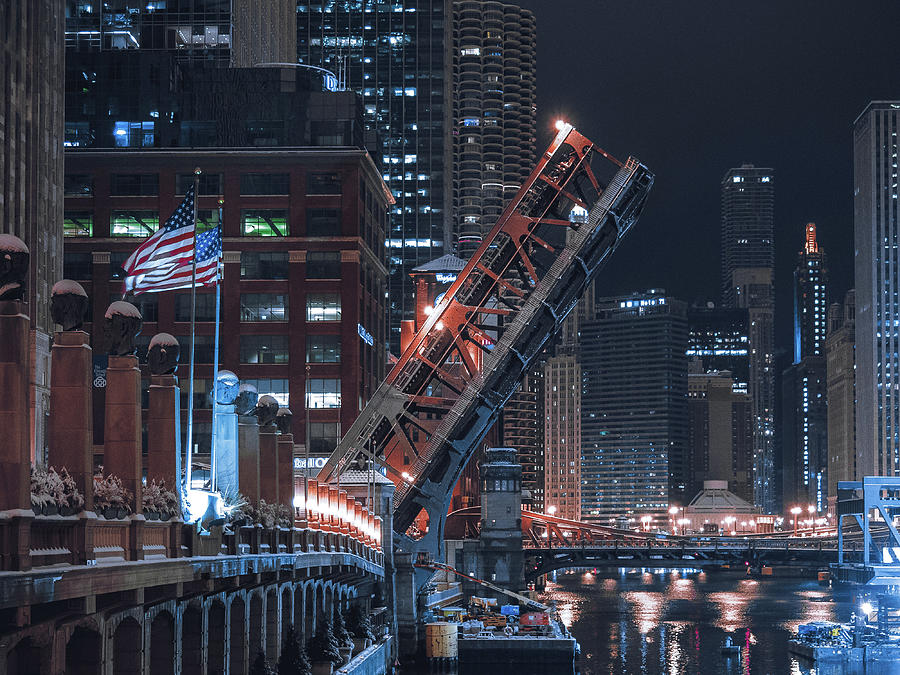 One of Chicago's many bascule bridges, the Wells Street Bridge was originally built in 1922. It's one of two double-decker bridges that carry auto and CTA (Chicago Transit Authority) traffic across the Chicago River.

In 2013 the bridge was completely rebuilt. The two leaves (north and south) were built off-site and floated in for a "quick" switch out. The amount of total downtime for CTA and car traffic was only several days across a seven-month period. The bridge tender houses also got an overhaul, but that was more about the working mechanics and their 1922 character is still intact.

Thanks so much, Andrew 🙏

Thanks so much, Nicklas 👍